GRIMNIRS (A Runes BOOK) by Ednah Walters is in stores 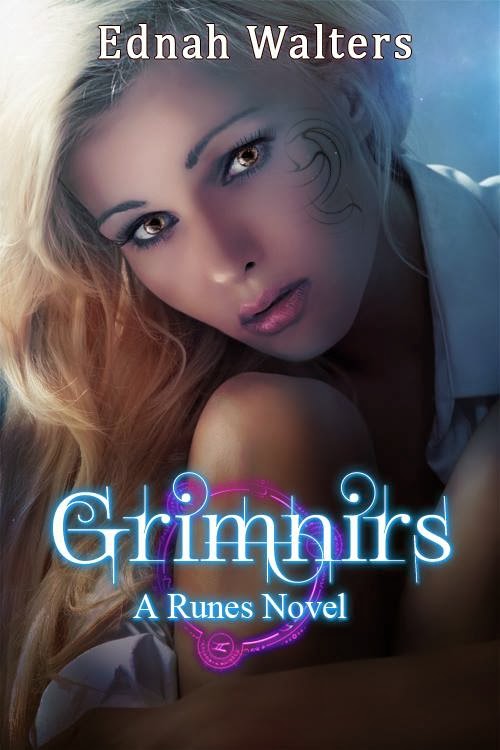 The closer I got to my school, the more nervous I became. The last two days had been a nightmare—worrying about school, Echo returning with more outlandish stories, watching the videos on my vlog over and over, and trying to find anything that made sense.

The annoying reaper didn’t come back, and I didn’t find anything useful online. It was me on those videos, not someone impersonating me or a doppelganger. The mannerism, facial expressions, even the laugh on those videos said it was me.

But how had I sneaked out of the psych ward? Had I created a portal through a mirror the way Echo had done, but had been too pumped full of psych meds to remember? The problem was I didn’t sound drugged or look loopy in the videos. Not knowing how I’d recorded them was driving me nuts.

For two days, I’d researched supernatural phenomena. Astral projection was a possible explanation. I could see souls, so it wasn’t a stretch. Echo flashed his tats and became invisible, so my astral image could have hooked up with him.

Right. It sounded like something straight out of a fantasy novel. I would have remembered Echo. Making out with him. I just hated the idea of having had sex with him. How could I have forgotten my first time?

Dad stopped at the stop sign, and I pulled up behind him. I’d insisted on bringing my Elantra even though he and Mom had caused a big stink about it. How the heck was I going to go back to being normal when I couldn’t drive myself to school? After clothes shopping with Mom yesterday and souls following us everywhere like zombies, I knew I couldn’t let her chauffeur me around. She’d almost caught me glaring at a soul.

A sudden cold draft filled my car as I stepped on the gas. I smothered a scream and slammed on the brakes when my eyes met Echo’s in the rear-view mirror.


Get your copy today!

a Rafflecopter giveaway
Posted by Unknown at 1:02 PM

Grab Our Button - No, it won't burn you